With Matty recovering from a recent illness we tone it down a bit for a relaxing episode. Food poisoning vs. cigar poisoning. River camping and cigars. Nurse Rick stops in mid-smoke. Last week’s episode almost wasn’t. Facebook links for all our lounge listings. 2018 events are starting to line up at local establishments. Rolling Stogies mobile shop is a different concept. One day I’ll learn to count. Hammer & Sickle at Twins, Oscar Valladares at Cigar Shenanigans, Men in Motion at Cloud Palace. Our first spot-on guess for the Hidden Herf goes to Nurse Rick. Cigars at the fire pit in below zero weather.
Local Spotlight; Cloud Palace, our first foray into the Cigar & Hookah concept – but not out last. Belly and Tap Dancing. The Retrohale Podcast reaches out to us. Conspiracy Corner talks about “Hollow Earth” and “Flat Earth” theories.
We are now officially listened to nationwide. 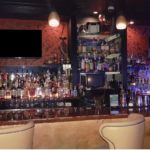 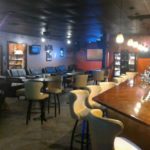 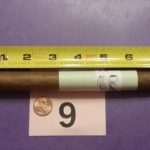