It’s a nice evening for a fire pit, but a random rain cloud drops by for a couple minutes just as we get started. A cool evening and a crackling fire are the back drop for the episode. The Hidden Herf is deja vu, but still stumps the panel.

Conspiracy Corner – There’s a red light in the sky. 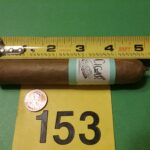 Nick from Rhode Island (that’s where Mary was from) writes in to clear up a few points related to our salvo of The Cigar Authority mail bag entries. Nurse Rick is uncharacteristically quiet during the opening. The Hidden Herf is a bit off the beaten path and gets marks in the same vein. Comedy Chris calls in unexpectedly and it’s boats and fishing with Rick. 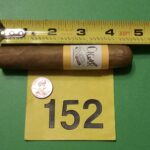 What happens when nine Hacks land on a great cigar? It’s true; the better the cigar, the better the show! It’s not often we have a universally enjoyed Hidden Herf that’s a hit with the the mild, medium, and full smokers on the panel. The Podcast juice may have also been a factor. This episode is another laugh track as we go off the rails early and often. From the inflatable girlfriend to the fish stories; Nick from RI this one’s for you. 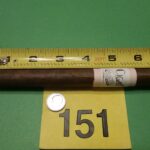 Brian from United Cigar is with us this week and we learn about United Cigar’s offerings. We cover Strategic moves and marketing by some small to mid-sized manufactures. It seems that every turn requires another explanation that leads into other explanations. We talk about a number of different cigars and brands; United, Micallef, DT&T and Oscar. Erik’s shoe collection is brought up. 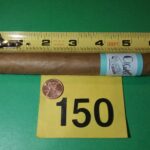 It’s another story from the boat with Captain Rick and First Mate; Reverend “Gilligan”. The Hidden Herf is far too strong for half the panel and no one is even close on a guess. We stop in on a Rocky Patel event at Plaistow Cigar on our way to the spotlight event. Gilligan must have been in the Papaya Punch again because he gives Foster Brooks a run for his money. How many “anchor” references can we make? 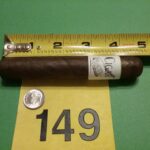 Eight Hacks enter a domicile… It’s the usual mayhem and frivolity with plenty of cigar talk after we do a little 9-11 segment. The Hidden Herf is figured out at the last minute. We find that The Barroness likes power tools. 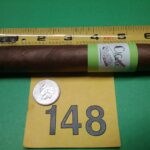 Direct from the sidewalk, we kick off Labor Day weekend and have a great event at Cigars R Us in Danvers. We are joined by Bugs from Hiram & Solomon Cigars and Sweets from the local Mason Shrine. We smoke the Hiram & Solomon Traveling Man Lanceros while we learn about the brand and what it stands for. Coin and can shortages, a recap of the CANH Golf Tournament and the Reverend “Foster Brooks” round out the first half of the show. Gringo Star leads the shop regulars in a robust discussion for Conspiracy Corner.

Conspiracy Corner – Get your hair done in SFO, Pro Sports are canceling themselves, The end of the Snow Day as we know it.

Hidden Herf 147 / Setting up / Spread out on the side walk 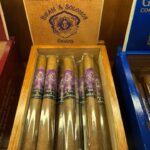 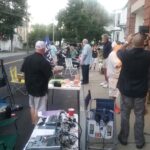 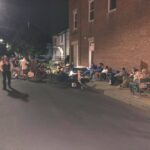 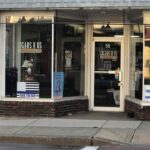 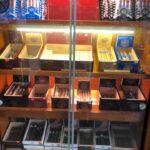 Half of The Cigar Authority joins the Hacks for another fun-filled show. This is Ed Sullivan’s’ first appearance with us and he fits right in. Mr. Jonathan gives us the history of his dance career, plus lots of insight into cigars and each Two Guys location. The Hidden Herf is nailed by one of the experts before we even light it. The Barroness is back and Gringo Star mentions Mexico. The serenade is an instant classic, it’s so bad it’s good! 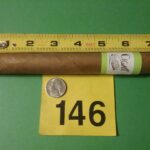 The Barroness returns for a relaxing episode around the fire-pit. The Hidden Herf is bit of a mess with the clues, but we get there eventually with  a three-way effort. The Reverend makes the mistake of asking us to not mention unmentionables. Comedy Chris calls in unexpectedly and gives us an update from the Midwest. The Podcast Juice is flowing and we have lots of laughs trying to get the sound drops to work from everyone’s phones. Together we get it done! 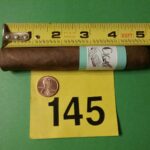 Two years ago this week we did episode #40 in the same location, Two Guys in Seabrook NH, with Mr. Bojimbles and it happened to be one of the regulars’ birthday, Dave was 78. Well, it’s two years later, he’s 80 and still smoking up a storm so we return to help celebrate. It’s another show with a cast of “thousands”, but still lots of laughs. Ricky and Dom peg the Hidden Herf after some careful analysis led by Mr. Bojimbles. We meet some new people including; The Baroness, The Hauler, and Jen-Jen-Jen, who hops on for a few minutes between helping customers. Paige stops in, Franky and Sid are in the audience for moral support – they’re the best! 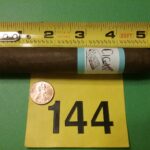 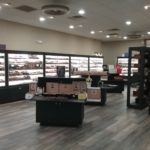 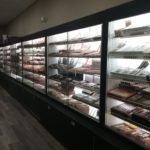 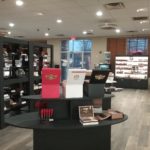 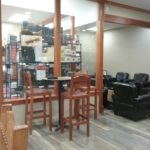