Recorded on the Sixth of July we have a Fourth of July themed show. We tried to record out on Enema Lake but ran into technical issues with the S.S. Low Voltage, it was quick retreat to dry land for this one – thanks to the back-up battery! The Leprechaun King takes another try with the current events, we help him dig out of that hole. Reflections on both Pipe Club and Castaways to get some of the panel up to speed. The Hidden Herf  turns out to be another surprise. Harvey puts it out there for the veterans.

Local Spotlight – Fireworks on the Fourth – from Enema Lake and Castaways.

Conspiracy Corner – A NH Conspiracy – (That’s New Hampshire for the kids.)
Are you a Communist at home, a Socialist in the neighborhood, a Democrat at town hall, a Republican at the statehouse, and a Libertarian in Washington DC? 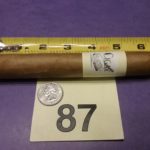