The panel is all over the map with their Hidden-Herf guesses – again.
The Steve Saka cigar temperature test comes up in discussion.
Current events: Elvis has really left the building but you can see Fellowship of the King (Elvis tribute), Oscar Valladares, metal bands and go to a steak & cigar dinner.
Open discussion gets Nick in trouble with fake news when Matty decides to fact-check him. A shout-out to the Facebook group “FRIENDS WHO LOVES A GREAT Cigar and a Great CUP OF COFFEE” and to Sean the coffee barista at Studio 21 Podcast Cafe. NO LAST NAMES! Nurse Rick is also called out for Fake-News on a VSG topic. Nick has his ash right down to the band. The reveal is yet another surprise. The Culebra is not the wedding cigar. Cigar Craig on Culebra. Even more fake news from Nick – hence the episode title.
Local Spotlight; O’Shea’s Irish Tavern & Cigar Bar, the recon crew landed on the right day and time, we saw The Jenni Lynn Duo and The Hallorans during our visit. Guinness, a large humidor of cigars, pool, hookah, and great live music – another unique destination we enjoyed.
Conspiracy Corner: Cryptocurrencies. A fake-news Ponzi Scheme. Block chain crypto-mining might be an AI ploy to take over the world.
The hack scale – a new rating scheme, a letter rating system? The Fonzi rating – AAAAAaaaa… converting to/from Hacks, letters and GPA. Release the memo. 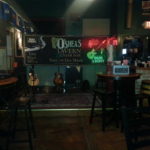 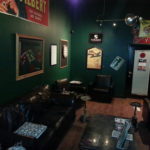 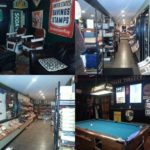 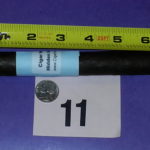