It’s night one of The Third Annual Hackapalooza (A.K.A. The RetroHack Spectacular), we’ve taken the out-of-town visitors to their first stop of the weekend. There are four additional lounges on the schedule over the next two days. We cover the day’s events and preview what’s planned. The Hidden Herf is an aged gem that garners a respectable rating from the entire cast of Hacks.

Controversy Corner – Vietnam, then and now – The Hanoi Commitment by James A Mulligan 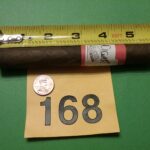