Outdoors for the fifth, and in the gutter for the second week in a row. The “sidewalk lounge” at Cigars R Us is along side the building on Cherry Street and we are literally sitting in the street again. We are joined by a large cast of characters and a big audience. It’s like a street fair in Danvers Square. The Hidden Herf is a hit, but stumps all 16 participants. The new proprietors, Shannon & John, are on hand for Local Spotlight. Billy Cigars and Sweet Lou jump in with Mustang Mike for Conspiracy Corner. Close your eyes and you will be transported to directly the “Sidewalk Lounge” on a warm summer night in New England.

Conspiracy Corner – What’s behind all the scare tactics? 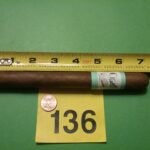 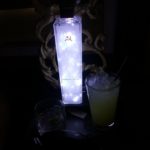