This week we sit down with Jose Dominguez from Jose Dominguez Cigars and Oliver Nivaud of United Cigars, their US distributor. We planned to do a recording after an event at our home base of Plaistow Cigar on Friday but had not planned on meeting Jose, his sister Ylse, her husband “DJ”, or Oliver (AKA “Oscar”) while there. We all hit it off instantly and they stayed after the event to make this a really special episode. First we take care of business and learn all about the Jose Dominguez Hightower, their operation, and a bit about United Cigar. Then it all goes off the rails, as usual, and we get into a lot of just plain fun discussing everything from holy water to hurricanes. This is what happens when a group gets together to enjoy some great cigars and make new friends. 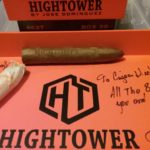 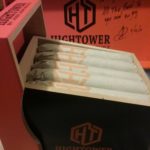