On the road again in the Oscuro III up to Radloff’s. It’s not warm enough to do the show outside, but almost! The cast is in rare form this week as the bad jokes are flying. The Hidden Herf takes kind of a left turn. Jamie takes a break from tending bar to sit down with us for a while. 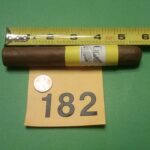 This week we are joined by Rabbi Cut-Above (aka Mike from New Jersey). Another fun episode with lots of laughs! We discuss multiple cigar related topics and Rabbi Cut-Above tells about his local NJ shops. The Hidden Herf is a bit of a surprise and no one has a reasonable guess.

Controversy Corner – 4% of the internet 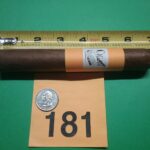 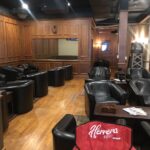 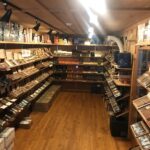 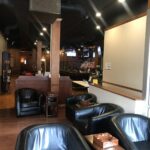 Hamlet Paredes, master cigar roller, from Rocky Patel is our special guest this week. We are also joined by Mike the Cop, our local Rocky Patel rep and winner of a “Rep of the Year” Hackie Award in 2020. The weather is perfect for our first outdoor episode of the year, the fire pit is lit and so are the cigars! Sit back and relax while we transport you to sitting by fire pit with Hamlet and the rest of the folks. It’s the usual Hack shenanigans and laughs with our friends. 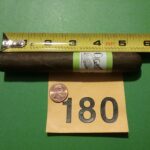 In-lounge at the new location of El Toro Cigar & Lounge, we get a preview of what’s coming when they reopen. We are joined by the the shop owners; Netal and Vilma, a few regulars, and our local Pura Soul Cigar representative; Bugsy. The Hidden Herf is from Pura Soul and receives high marks. The mail bag is full again and we have another first time write-in. It’s Dapper Cigars, not the other thing.

With a cast of eight in rare form, the Podcast Juice is flowing and it shows. The Hidden Herf is a great choice and is well received, but it’s guessed instantly by a couple of the panel members. We reinstate the Current Events error “bar” because the list is so long. 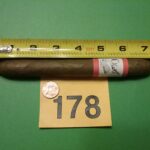 We swear in (or at) our newest Hack, but not before he goes through a gaultlet of questions. The Hidden Herf is a split desision, but still overall it’s a decent smoke. Comedy Chris returns to lighten up the show.

Controversy Corner – Prepare to have your questions canceled 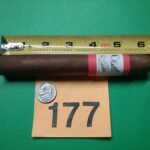 A regular listener wants to see how we do the show, so we drag him right into the episode. Taco Steve and Dommie the Dominator are back. The mail bag is full. The Taco does it again; using the clues, he nails the Hidden Herf. A few new words are coined during the current events. It’s lot of laughs and as usual a fun time while smoking cigars.

Controversy Corner – Ever Given in the Suez Canal 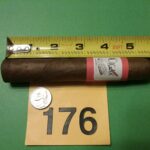 It’s just like hanging out in the local lounge for this episode. The Baroness is reunited with the impact driver. Paige sets us up with an interesting Hidden Herf that takes a while to figure out. The Reverend steps out for a few moments. 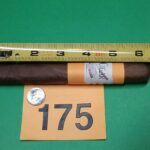 We are joined by Steve Saka, Cindy Saka and Casey of the Dunbarton Tobacco and Trust team at the Twins Hookset lounge. Steve gives us some interesting insight into DT&T world. Pastor Padron (Dan) is our lounge host and tells us about the shop and his first year managing this location. We have the usual bundle of laughs with a cast of thousands. See Episode 116 from Feb. 3rd, 2020 to hear the DT&T Ladies episode for some backstories.

Nurse Rick and The Reverend Harvey team up to peg the Hidden Herf right out of the gate. Harvey receives a challenge coin. Ludwig writes in from across the pond. We talk about drifting cars on slippery roads. Paige asks why she has such a lousy nickname, so we give her an even worse nickname.